Did The FBI Really Swarm Rhinebeck?

Well, sort of. Some of the cast from CBS’s hit television show FBI were in the Hudson Valley recently. Popular barbeque joint, Smoky Rock BBQ in Rhinebeck shared that 2 of the show’s stars had a hankerin’ for some New York BBQ.

What Was The FBI Cast Doing in the Hudson Valley?

We’re not too sure what Boyd and VanSanten were doing in the area, but they very well could have been filming scenes for the show in the area. FBI is one of the many shows that has been seen shooting in Westchester and parts of the Hudson Valley.

Or, and this is a complete stretch from my inner One Tree Hill fan, could have VanSanten been visiting fellow OTH star Hilarie Burton Morgan in Rhinebeck at Samuels Sweet Shop? Hey, stranger things have happened!

You can catch Boyd and VanSanten on CBS’s FBI Tuesdays at 8 pm.

Note: We will be closed from Tuesday, Jan 17th-Thursday, Jan 26th for Winter Break & Cleanup. We will re-open on Friday, Jan 27th.

Now accepting personal US military service memorabilia to be proudly displayed in our restaurant.

Smoking and cigars permitted in the back patio.
Tesla chargers available in parking lot. 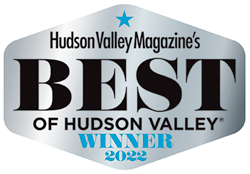